You are here: Home » Uncategorized » OSI Model & the Overall Explanation of 7 Layers

The layers are in two groups.

The upper four layers are used whenever a message passes from or to a user.

The lower three layers are used when any message passes through the host computer.

The seven ISO layers are explained in more detail below: 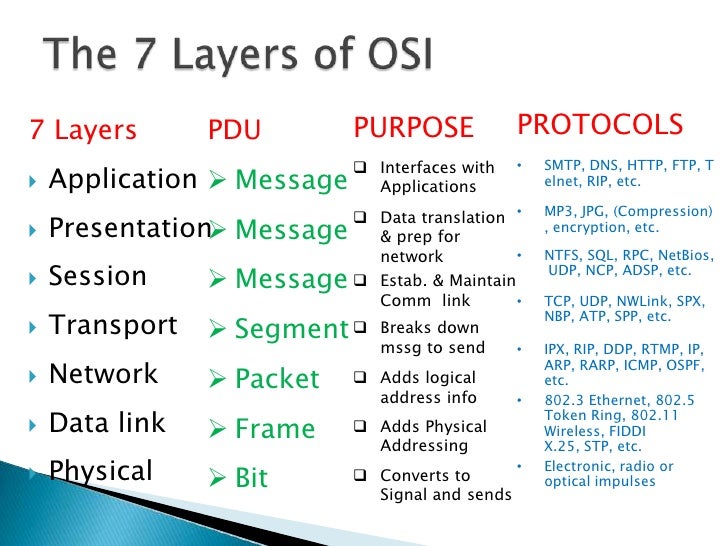 Layer 6—The presentation layer: This is a layer, usually part of an operating system, that converts incoming and outgoing data from one presentation format to another (for example, from a text stream into a popup window with the newly arrived text). This layer also manages security issues by providing services such as data encryption and compression. It’s sometimes called the syntax layer.

Layer 5—The session layer: This layer allows applications on different computers to establish, use, and end a session/connection. This layer establishes dialog control between the two computers in a session, regulating which side transmits, and when and how long it transmits.

Layer 4—The transport layer: This layer handles error recognition and recovery, manages the end-to-end control (for example, determining whether all packets have arrived) and error-checking. It ensures complete data transfer.

Layer 3—The network layer: This layer handles the routing of the data, addresses messages and translates logical addresses and names into physical addresses. It also determines the route from the source to the destination computer and manages traffic problems (flow control), such as switching, routing and controlling the congestion of data packets.

Layer 2—The data-link layer: This layer package raw bit from the Physical layer into frames (logical, structures packets for data). It is responsible for transferring frames from one computer to another, without errors. After sending a frame, it waits for an acknowledgment from the receiving computer.

Layer 1—The physical layer: This layer transmits bits from one computer to another and regulates the transmission of a stream of bits over a physical medium. This layer defines how the cable is attached to the network adapter and what transmission technique is used to send data over the cable. 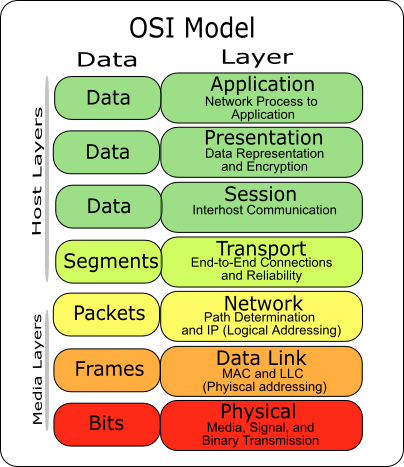 Besides, the principles that led to these 7 layers were the following:

Every time a new level of abstraction for a layer is necessary; every layer has well defined functions, the functions of each layer must be chosen in the objective of the international standardization of protocols. Boundaries between layers must be chosen so as to minimize the flows of data through interfaces.

The low layers (1, 2, 3 and 4) are necessary to the routing of information between the two concerned ends and depend on the physical medium.

The higher layers (5, 6 and 7) are responsible for the data processing relative to the management of exchanges between information processing systems. In addition, layers 1 to 3 intervene between close machines, but not between ending machines that can be separated by several routers. On the contrary, layers 4 to 7 intervene only between distant hosts.

This material is referred from:

Second when you speak about layer get some headers and footers added to be transformed to other layer you actually speaking about encapsulation , but 3 hand check which is occurred in layer 4 is actually layer to layer communication. 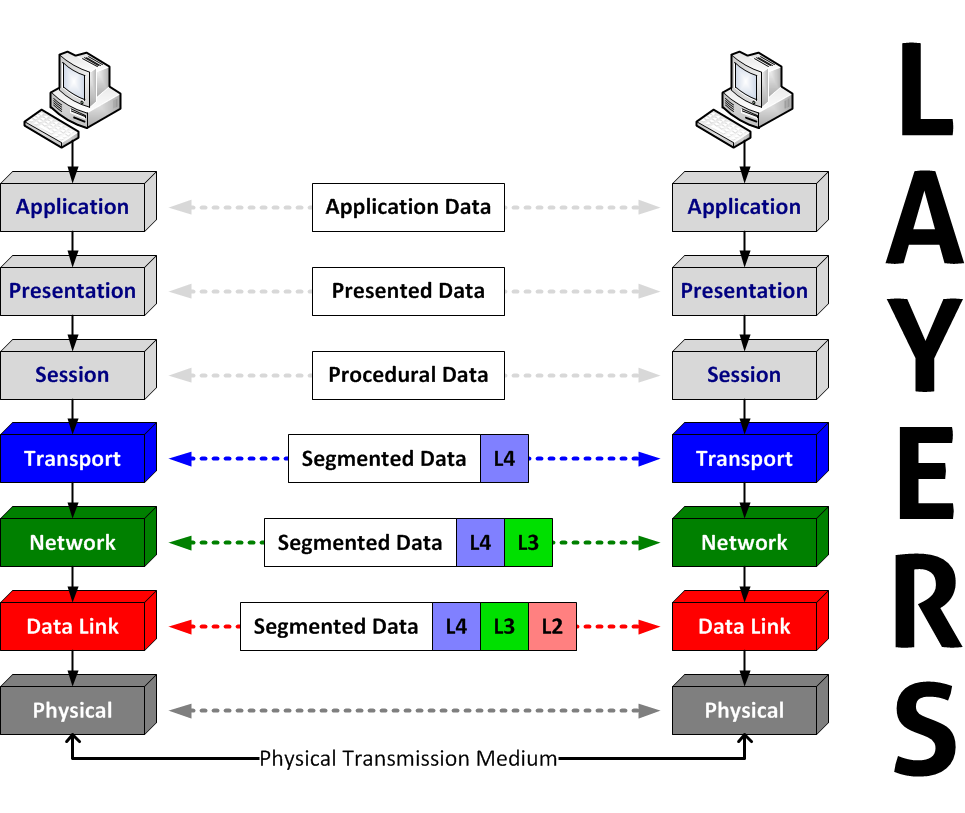 last there are three things you must know (encapsulation ,decapsulation and layer to layer communication ) . each layer has a lot of protocols can create and understand ( ex. ARP request is layer 3 function use both layer 3 protocol IP and layer 2 protocol MAC-ADDRESS)